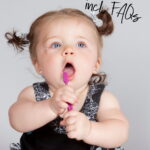 Here, Medical Doctor Sarah Livelo answers a worried mom and explains when late teeth eruption is considered normal and not, common reasons, and when to contact a doctor or pediatric dentist if your baby has no teeth. 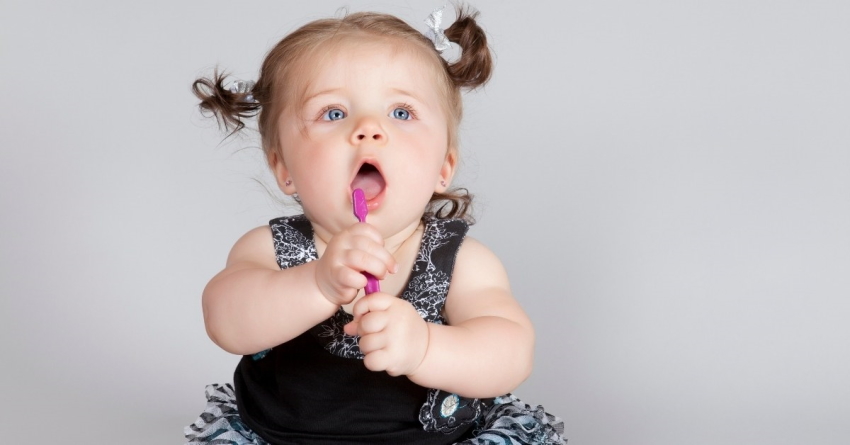 Mom’s Question:
My baby has no teeth! She is 11 months old I see no signs at all of teeth yet. Not a sign of teething at all! Is this normal or something I should worry about?

What is DELAYED VS NORMAL baby teeth eruption?

Most babies do get their first tooth before 11 months old of age, but not all.

The most common age babies get their first teeth is 9 months old. It can start as early as 3 months or as late as 12 months old. Usually, the front teeth come out first, followed by the molars and then the canines. Your child will most likely have all their baby teeth by the time they turn 3 years old. Boys tend to be teething slightly later than girls.

You might be thinking that 11 months is somewhat late, but your child is still within the expected age range. If you’re worried, it’s best to bring it up with your daughter’s health care provider at your next regular visit.

Or better yet, bring her to a pediatric dentist so they can also have a preliminary examination. After all, it is recommended that the first dentist visit is when kids get their first tooth, or when they turn 12 months old.

I know at least in some places, several parents usually get an appointment just to check that nothing is wrong with the teeth buds, especially when your baby hasn’t gotten their first tooth by the first birthday. Other places, the recommendation is to pay a visit to a pediatric dentist if your baby has still no teeth at 18 months old.

If your baby’s about to turn a year old soon with no tooth in sight, read on to know more about why their teeth aren’t showing up just yet. 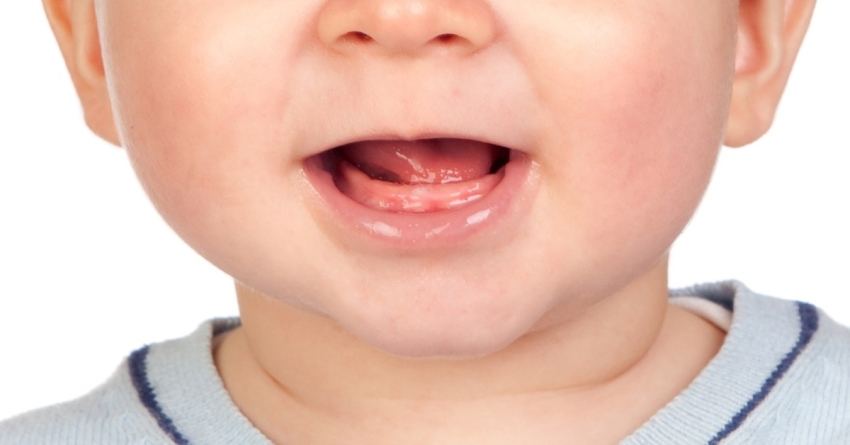 For some cases, the reasons for late tooth eruption is unknown. The usual cause of late eruption is that there’s something that blocks the tooth from erupting (usually a physical barrier), but in primary failure of eruption, there is no specific barrier.

On the other hand, there are several known reasons for delayed teeth eruption:

There are certain medical conditions that will cause a delay in tooth eruption. Down syndrome (Trisomy 21) and odontodysplasia are some examples. In these conditions, some of your child’s genes that are in charge of the teeth don’t work properly.

Amelogenesis imperfecta affects the amount of enamel in teeth. It’s a known cause of delayed tooth eruption and congenitally missing teeth.

There are a lot more genetic conditions that can cause delayed teeth eruption. If you have a family history of an inheritable disorder, or you feel concerned about this, ask for a referral to a geneticist or a medical expert.

Sometimes, it simply runs in the family. If you, your siblings, or even your parents were late teethers, the same is likely for your children.

People use up the most nutrients and energy for growth when they are kids. Tooth eruption is part of this process. If your baby doesn’t take in enough nutrients for their age, sometimes their teeth eruption is affected. Some examples include vitamin C and D.

Gingival hyperplasia can cause the connective tissue in the gums to be too thick, making it difficult for teeth to pass through and erupt properly.

When the pituitary gland or the thyroid gland don’t function normally, like in hypopituitarism or hypothyroidism, not enough thyroid hormone is being produced. This affects the body’s growth and metabolism, as well as timely eruption of teeth.

Hypoparathyroidism also affects the body’s growth as a whole, including teeth eruption.

Some studies have noticed that late teeth eruption can be associated with babies who were born premature or have a low birth weight. The younger or the smaller the birth weight, the lower the number of erupted teeth.

Mostly though, premature and low birth weight babies tend to ”catch up” with the rest of the kids as they grow older. There’s a very high chance that tooth eruption is only delayed for these babies.

Studies have shown there are other possible causes, such as cerebral palsy, anemia, celiac disease, and even tobacco smoke exposure. However, more research is needed to understand better how these conditions affect tooth eruption.

In reality, in most cases where babies are “late” with something, there may be nothing wrong at all! They are just following their individual development path, and it is us as parents that do way too much comparisons with the neighbors’ kids, older siblings, and others.

SHOULD AND CAN LATE TEETH ERUPTION BE TREATED? HOW?

In cases where there is no identifiable cause, there is no specific treatment for delayed teeth eruption. Most kids usually just need regular follow-up or monitoring with their pediatric dentist.

However, your child should definitely be seen by a dentist or doctor if it is due to a dental or medical condition that can be treated, including malnutrition.

WHEN SHOULD WE SEE A DENTIST/DOCTOR?

As always, it’s better to bring your child first to a healthcare provider so that they can be examined properly.

The dentist can then check to see that your child does have teeth and if there is something unusual preventing them from erupting. Sometimes, imaging studies like dental x-rays might be needed.

What is the connection between autism and late teeth eruption?

Autism (ASD) itself doesn’t cause delayed tooth eruption. Some kids with ASD may be treated with phenytoin, which can cause gingival hyperplasia. This in turn may delay tooth eruption.

What is the connection between Down syndrome and late teeth eruption?

Kids with Down syndrome may have problems in tooth development – one of these is delayed tooth eruption. Their teeth eruption may be delayed by as much as 2-3 years compared to other kids.

Is late tooth eruption a sign of intelligence or is that a myth?

That is a myth. There isn’t enough scientific data that correlates late tooth eruption and higher intelligence.

How late can babies start tooth eruption and it is still considered normal?

This depends on whether the child has a medical condition that can affect their tooth eruption.

According to the AAP, normal tooth eruption can start as late as 12 months old, usually the lower front teeth.

What are the negative effects of late tooth eruption?

There aren’t any significant negative effects of late teething itself, although it could be a sign of other medical conditions. Also, some kids may find it difficult to eat certain solid foods that need teeth for biting properly.

As of now, several studies have noticed two consequences of late teething: the risk of tooth decay and the higher chances of future orthodontic care.

So, to conclude: If your baby has no teeth at 11 months old, it is not a reason to worry. Getting the first tooth at around 1 year old is considered late but within the normal range.

It may still be best to talk with a pediatric dentist if you have any further concerns about late tooth eruption.

Hey all parents, anyone else who is or has been worried because your baby has no teeth? What did you do?

My 3 Month Old Only Wants Mom To Hold Her

Baby Crawling Poll: When Did Your Baby Start Crawling And Which Style?