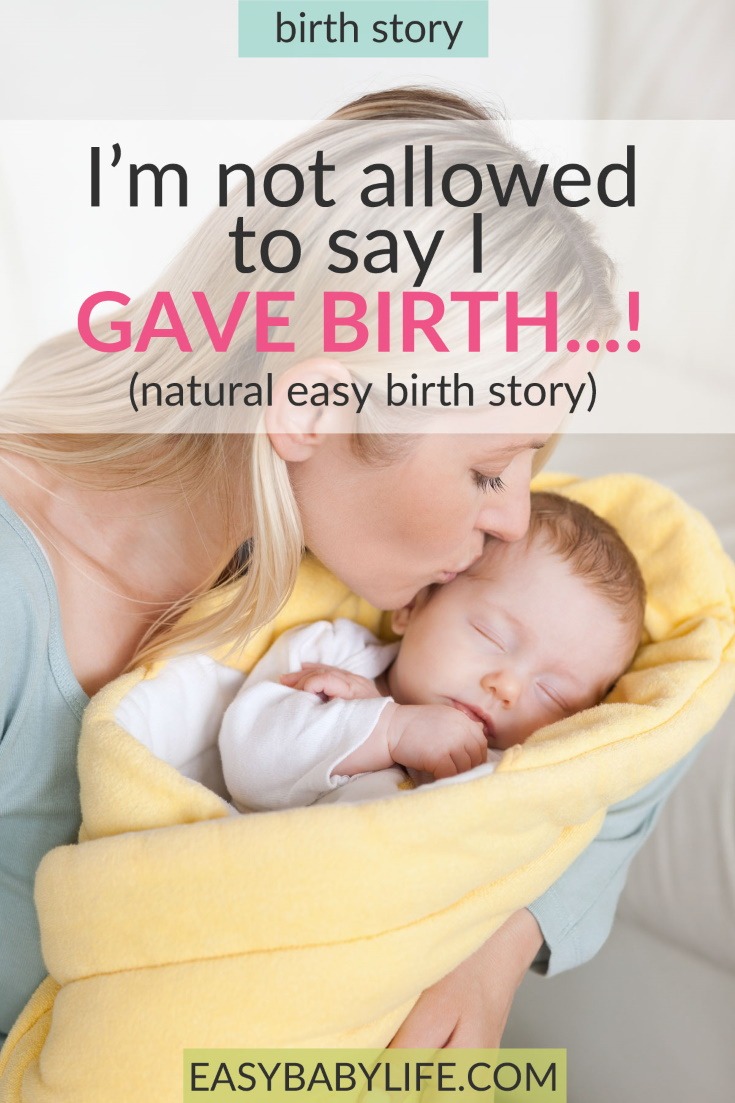 All of my friends who have endured hours or days of agonizing labor have told me that because I had it so easy, I am not allowed to even say that I gave birth!

How it all started…

I was just under 5 weeks away from my due date and my pregnancy was going along fine. That evening, however, my lower back was aching just enough to make me uncomfortable and keep me awake during the night. After a few hours of tossing and turning and not being able to get comfortable, I decided to get up.

It was the middle of the night. I wandered into the nursery and checked my “getting ready for baby to-do list“. The only thing left to do was to pack my overnight bag for the hospital and a diaper bag for the baby. Since I had nothing better to do, I decided to accomplish my final two pre-baby chores.

At 9:00 a.m., when my doctor’s office opened, I called, feeling a little silly and thinking they would tell me I had nothing to worry about. Instead, they suggested that I might be in labor and that should I head to the hospital. I called my husband to tell him the news.

A good friend had recently had a baby and had gone to the hospital for three false alarms before giving birth. I knew that there was no way I could be in labor. I was five weeks from my due date, and I wasn’t in any pain or discomfort.

I told my husband not to rush home but to come when he had finished what he needed to do at work. I showered and got myself dressed. An hour later, at 10:00 a.m, we arrived at the hospital.

The doctors brought me into an exam room, hooked me up to a fetal monitor and began asking what seemed like hundreds of questions. Meanwhile, my husband was watching the monitor and timing my contractions. They were now every two minutes apart, but there was still no pain, just a little tightening.

One hour later, at 11:00 a.m., my OB/GYN finally showed up to examine me. Within two minutes he concluded that I was dilated to 5 centimeters and was in active labor. I would be admitted immediately. My husband and I looked at each other in complete disbelief!

The next thing I know I was in a labor room. My husband started making phone calls, and we just kept shaking our heads at the surprise of it all. I still felt nothing.

At 1:00 my doctor came in and announced that he was going to break my water since it hadn’t happened naturally. That really got things moving. I finally had one painful contraction and I started preparing myself for the long haul, but when the second contraction came I knew I had to push. I told my husband to call for the nurse.

The nurse came in with the anesthesiologist assuming that I was calling for an epidural. When I told her I had to push she looked at me as if to say “Oh honey, aren’t you cute…your first baby and you think you have to push after two contractions!” I will never forget how the look on her face changed so quickly when she examined me.

She frantically called for the doctor. The room filled up with people faster than I could blink my eye and 27 minutes after my water was broken my beautiful son was born.

All of my friends who have endured hours or days of agonizing labor have told me that because I had it so easy, I am not allowed even to say that I gave birth!

Or head over to our Birth Stories Main Section to read about other types of childbirth experiences..!