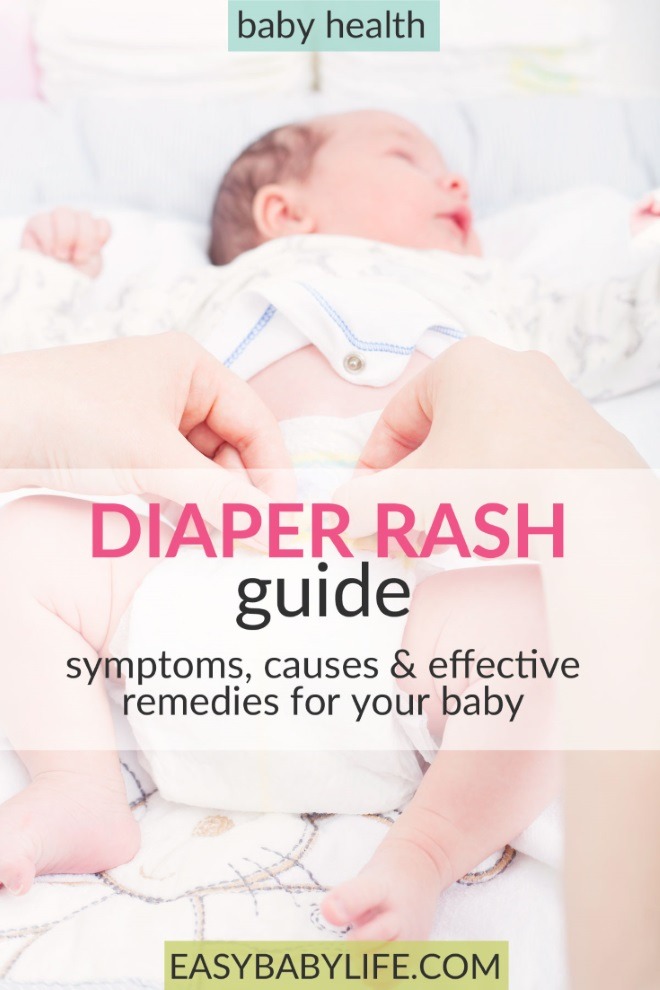 One minute your baby happy and the skin in the diaper area looks great; the next he’s sad and red…

Diaper rash can come really quickly! And if your baby is crying and you know that he’s not sleepy or hungry, checking the diapers both for their content and your baby’s skin might show you the answer to his fussiness.

Here, I will explain what diaper rash really is it and what is the best way to treat it. Obviously, it is something that makes a baby very uncomfortable and you want to get it cleared up as soon as possible.

How To Deal With Diaper Rash The medical term for diaper rash is “Irritant diaper dermatitis”. It simply means a condition that irritates the skin in the diaper area.

You must remember that a baby has very sensitive skin and that it really doesn’t take much for the skin to become red and irritated. I am telling you this because there are many causes of diaper rash.

Anything from the baby’s own urine to a new food that has been introduced, to oral thrush (yes!), can cause the rash.

Here are the most common causes of  diaper rash:

How to detect nappy rash

The best advice I can give you about how to spot nappy rash is if the diaper area begins to look red and irritated you will want to take steps to get rid of diaper rash. Know that not all rashes appear the same, the skin can actually be slightly puffy and warm, or tender to the touch.

What to do about it and how to prevent it

The severity of the nappy rash will dictate which remedy is best. But here is a breakdown of remedies.

When to call a doctor

Calling the doctor is usually not necessary unless the area looks infected. If there are blisters or any oozing areas you need to call the doctor and get baby in as soon as possible.

Also, if the rash doesn’t go away, but rather gets worse, despite doing all you can to get rid of it, talking to a doctor is a good idea. If a yeast infection, including oral baby thrush, is the cause, the rash won’t go away without medical treatment.

In a few cases, milk intolerance or some other food allergy may also be a reason for diaper rash, but before experimenting with your own or your baby’s diet, you should consult a doctor.

Baby Diapering in our Forum