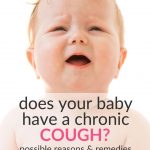 Does your baby have a persistent cough?

Let’s take a look at a number of important reasons, the symptoms, and possible remedies for chronic cough in baby. 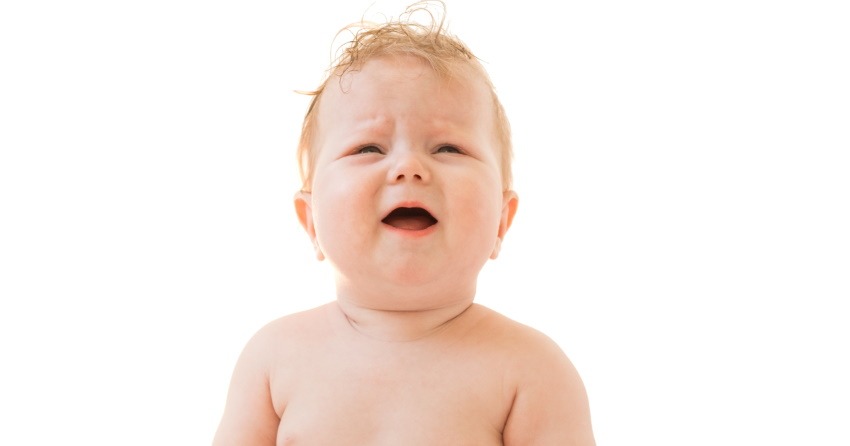 I have a 7-month-old who has had a cough for 1.5 months now. I had him to the Dr after three weeks and we tried a course of Amoxicillin for 10 days but it didn’t clear up the cough totally.

The Dr thought he may have allergies, so we are trying a cold mist humidifier in our bedroom at night. He continues to cough and is congested in the morning. He coughs up phlegm in the morning. I have also sprayed an allergy spray on our blankets, carpets, and pillows to alleviate some allergens.

What other home remedies should I try?

6 weeks of persistent cough is a long time for a baby and you did the right thing to seek advice after three weeks. Unfortunately, the Amoxicillin (an antibiotic) didn’t help and it is now time for the next step.

First of all, do you know what triggered the cough in the first place? Did your son have any other symptoms like a cold? Sometimes, a cough takes longer to resolve than a cold. But if your child is not showing other signs and symptoms of illness, it is not much to worry about.

As a start, it is important to know what is defined as a chronic cough vs acute cough.

A cough can be considered chronic when it has been going on for more than 2 weeks. Anything under 2 weeks is still considered acute.

Allergies can be manifested as a lot of things. Rashes, redness, hives, frequent sneezing, nasal congestion, swelling of the eyes and face, swelling of throat and air passage, for more serious conditions. Another manifestation is cough. A cough reflex acts as a way of expelling anything that is stuck in the throat.

Usually when a cough is caused by allergies, this is usually accompanied by other signs and symptoms such as colds or runny nose, teary eyes, or frequent sneezing.

Chronic Sinusitis is an infection of the sinuses that goes on for a long time (symptoms reaching up to 12 weeks). This can cause mucus to drain to the back of the throat (post nasal drip) and can result to a cough reflex. Other associated symptoms include facial pain (sinuses) and nasal discharges.

Bronchiolitis is the inflammation of the smaller airway passage known as bronchioles and is usually caused by the respiratory syncytial virus (RSV), which you probably heard of. This virus causes a simple cold in kids older than 3 years, but it can be very dangerous and even life threatening for babies as it can penetrate their lungs.

Your baby seems to be way too healthy for this to be a reason! Other signs and symptoms include colds, shortness of breath, or difficulty of breathing. This is common during the winter season or cold months.

Post nasal drip from sinusitis can cause a cough reflex as the child tries to expel the mucus draining at the back of their throats. Decongestants and anti-histamines work for postnasal drip. But the cause for postnasal drip should be addressed to ultimately eliminate and prevent the coughing.

The lower esophageal sphincter of babies and young children are usually underdeveloped, hence acid reflux is common in this age. The acid backflows into the esophagus, causing an irritation to the esophagus and throat, eliciting a cough. The most common acid reflux symptoms are more related to excessing vomiting and pain, but the chronic cough can be a symptom too.

The hallmark of Asthma is the swelling of the airway passage, causing wheezing, cough, and sometimes, difficulty in breathing. For acute exacerbations of asthma, it usually starts with a cough, later on progressing to wheezing (swelling of airways).  Wheezing is more apparent during expiration, and is an indication of the onset of tightening of the airways.

Bronchodilators are usually used for asthma.

Foreign body ingestion can also cause coughing. A baby will try to expel anything that blocks his airway by coughing. Is it possible that your baby breathed in something that is now stuck? It is probably unlikely for this long time, but some type of smaller blockage could result in a cough too.

Whooping cough or pertussis is another possible reason for persistent coughing, but your baby should be quite ill in such a case. The type of cough is uncontrollable and consecutive in pertussis. This can be avoided by having your child vaccinated against the bacterium causing pertussis (Bordetella).

If your baby is also experiencing poor weight gain, despite eating normally, is often constipated and has a salty taste to his skin, running a simple test for cystic fibrosis might be a reasonable thing to do. But if your baby has already tested for this and is overall healthy and thriving, this too is nothing to worry about!

How to Help Baby with Chronic Cough

I really don’t think you should settle with “maybe allergy” as an answer from your son’s doctor. Require further investigation!

What you can do at home in addition to the humidifier are to:

Otherwise, I believe your baby will outgrow the cough sooner or later.

Very Sweaty Baby Feet – Normal Or Hyperhidrosis? What to Do?

Baby Vomiting After Fall: Why and What to Do About It