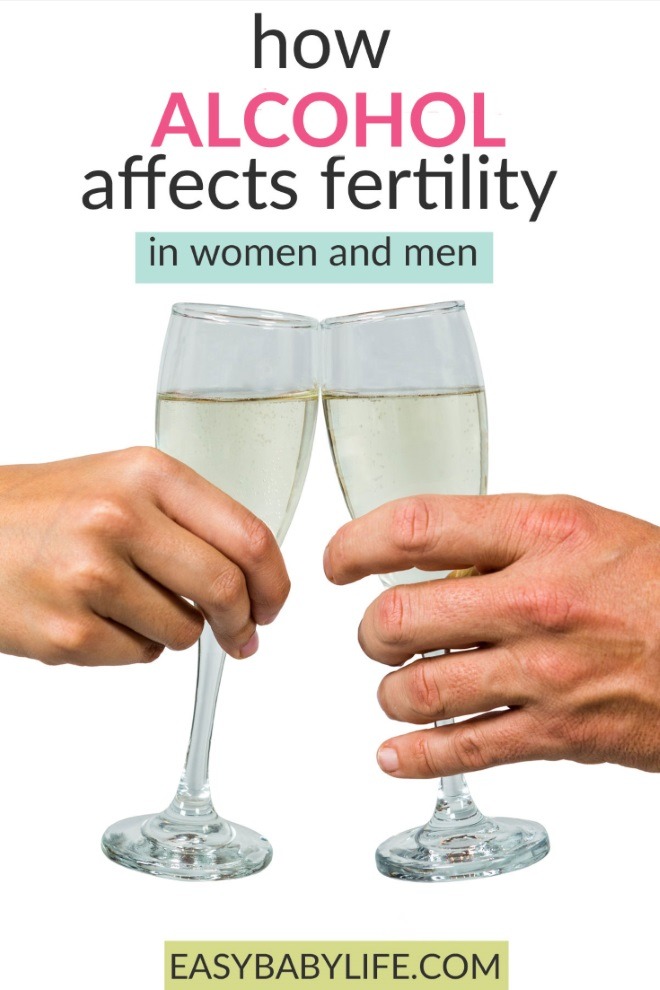 “-Give up alcohol if you want to get pregnant!”
It’s something we’ve all heard before, whether we’ve read it in passing, heard about it from a celebrity blog or even been given this advice directly from a Doctor. It’s considered to be one of the golden rules of fertility and has become the official standpoint of the healthcare profession.

Is it true? Is it impossible for us to get pregnant if we enjoy the odd glass of wine over dinner, or even if we go out on a Friday night and have a few too many?
No. Endless Moms who conceived during an alcohol-fuelled one night stand, or while on an all-inclusive vacation with their partner will tell you that.

But how much does alcohol affect fertility levels? Is the occasional drink really bad news? Are there actually benefits to light drinking while trying to conceive?

This article is not aiming to encourage you to binge drink. It is written to look at the hard facts and research on what alcohol may actually do to your fertility. We like facts instead of morals around here…

How Alcohol Affects Fertility & What To Do About It

Firstly, let’s look at heavy drinking, or binge drinking. As fun as it may be, there is absolutely no evidence that points towards this sort of amusement as being anything other than detrimental to our health, whether trying to conceive or not. Numerous research studies have found links between moderate-heavy drinking; that is, equalling or surpassing the weekly recommended allowance, and problems with fertility.

Scientists are the first to admit that the way in which heavy alcohol consumption affects female fertility isn’t properly understood, but hormonal imbalances are one of the most likely explanations. A study published in a 2000 edition of Alcohol and Alcoholism found that women who enjoyed moderate-heavy drinking had significantly lower levels of progesterone than non-drinkers. Progesterone plays a vital role in conception as it is fundamental in keeping the thick uterine lining, and implanted egg, in place. Low progesterone levels mean that the lining is more likely to shed each month.

The same study found that drinkers had increased estrogen levels, which are often present in women suffering from endometriosis. Indeed, further studies have confirmed that ‘alcohol intake was positively associated with endometriosis‘. Abnormally high estrogen levels can cause cells outside the womb to thicken in the same way as the uterine walls. Known as endometriosis, these cells can cause damage to both the ovaries and fallopian tubes, meaning that, in some cases, the ovulation process can not be completed successfully. As you’ll know, you can’t get pregnant naturally if you don’t ovulate.

It has been suggested that even assisted conception can be affected by alcohol. Some researchers have proposed that alcohol can not only create an inhospitable environment in the uterus but also decrease egg production and quality; two aspects that would contribute to unsuccessful IVF attempts. A study by the Harvard Medical School put forward the notion that drinking just half a bottle of wine per week could lower the chances of conception via IVF by up to 18%.

Research tends to be somewhat limited in the effects of light-moderate drinking on conception, but many studies do argue that even the occasional drink can cause fertility problems in women. Infertility In Women and Moderate Alcohol Use (1994), and Does moderate alcohol consumption affect fertility? Follow up study among couples planning first pregnancy (1998) both conclude that even light-moderate drinking; that is, consumption below the weekly recommended allowance, can reduce the likelihood of conception by a significant margin.

Doctors have even claimed that giving up alcohol completely can be as effective in treating fertility issues as IVF, reporting a 33% chance of getting pregnant via assisted conception, and a 32% chance of getting pregnant naturally by cutting out the booze. It is suggested that even if light-moderate drinking doesn’t necessarily cause infertility, it can certainly increase the amount of time it takes to become pregnant.

Of course, there are studies that disagree. A 1999 study on Italian women did ‘not support an increased risk of difficulty in conception among moderate alcohol drinkers‘ and a later 2001 study concluded that ‘findings do not corroborate recent results suggesting a marked reduction in fecundity associated with a moderate intake of alcohol‘.

So then what is the conclusion here – does alcohol affect fertility in a negative way or not for women. I guess the answer is yes, most likley.

It’s not just women’s habits that are under the microscope when it comes to how alcohol affects fertility. Conception is a joint effort, so if a woman’s alcohol intake can be an influencing factor, then it makes sense that a man could, too. Unlike with female fertility which is more difficult to examine, it’s far easier to accurately view the effects of alcohol on sperm.

One study, Direct effect of alcohol on the motility and morphology of human spermatozoa (referenced below) added alcohol directly onto healthy sperm in concentrations that would be similar to that if the alcohol was consumed.

Mobility, motility, and velocity of the sperm all decreased, while incidents of tail deformities increased. This could not only affect the sperm’s ability to reach the egg in the first place, but also the ability to create a healthy embryo. This study was conducted on moderate-heavy drinkers. While similar findings on light-moderate drinkers are not found, the Harvard Medical School suggests a 14% decrease in IVF success rates when men have consumed as little as half a bottle of wine per week.

Of course, the link between alcohol and male fertility isn’t all down to sperm quality. Having too much to drink can actually affect a man’s ability to ‘perform’ due to alcohol scrambling the messages from the brain to the body. Without an erection or ejaculation, pregnancy just isn’t going to happen!

Benefits of alcohol for fertility?

So we’ve looked at why alcohol may be bad if you’re trying for a baby, but is it possible a little bit of booze could actually be good for conception? Research seems to indicate YES! (Don’t make this an excuse to down a bottle of vodka, though!) The benefits are seen in light-moderate drinkers only!

A 1994 Dutch study found that non-drinkers took longer to become pregnant than women who drank sensibly, and these findings were backed up by a 2001 Danish study which concluded similar results.

However, a 2003 Human Reproduction article claimed these findings were only present in women who drank wine, and that other forms of alcoholic beverage did not produce the same results. The study did confirm, however, that wine drinkers typically took less time to become pregnant than women who did not drink at all.

Exactly why these results were found isn’t clear, although Doctors have suggested that a small amount of alcohol can help both partners to relax and enjoy sex more. Stress can be a cause of fertility problems, and making sex fun is likely to increase the number of times couples ‘do the deed’ in any given month, which obviously increases chances of conception.

Let’s get one thing straight; this article isn’t condoning the consumption of alcohol when you’re trying for a baby, nor is it confirming that alcohol affects fertility in any very bad ways.

The aim is simply to look at what research has been conducted on the issue so you can make up your own mind as to whether you ban the booze or not. It’s a very personal decision, and only you know what’s right. If in doubt, always consult your Doctor.

What can we conclude from all these studies? Well, heavy drinking is a no-go for anyone, man or woman, who wants to conceive.

But light drinking; like a glass of wine on a Friday evening? Well, for anyone healthy and without other fertility issues, light drinking is not likely to ruin your chances of conceiving. It might even help if it gets you in the ‘mood’. But research really seems to give different results here.

From a practical, been-there-done-that standpoint, I lean towards continuing with the Friday glass of wine, if it adds to your life quality and makes you feel normal. Trying for a baby can make anyone slightly crazy – making love on a schedule, charting basal body temperature, hoping, waiting for signs of pregnancy et cetera. You probably know all about it.

Having to say no to the dinner wine too, month after month at every dinner with friends and trying to come up with valid excuses is not going to make life any easier. And it certainly will not make you more in the mood for love. So I wouldn’t say no to a glass of wine occasionally unless I knew of course, that I had problems with fertility. But that’s me and certainly not a generic recommendation.

If you want to more information and tips for getting pregnant, check out any of these books.

References on how alcohol affects fertility

The Link Between Weight And Fertility In Men (Potential Dads Read This!)

So-Called “1 Week Pregnant”? Your Period is A New Beginning