What if a toddler or baby shakes after waking up? It can look scary and it is important to find out why this is happening.

Let’s take a look at possible reasons why a baby shakes after waking up, including normal reasons as well as those related to illness.

UPDATE: A large number of parents have shared how their babies shake after waking up, diagnoses, and how they’ve handled the situations, so make sure to read those too for more support. 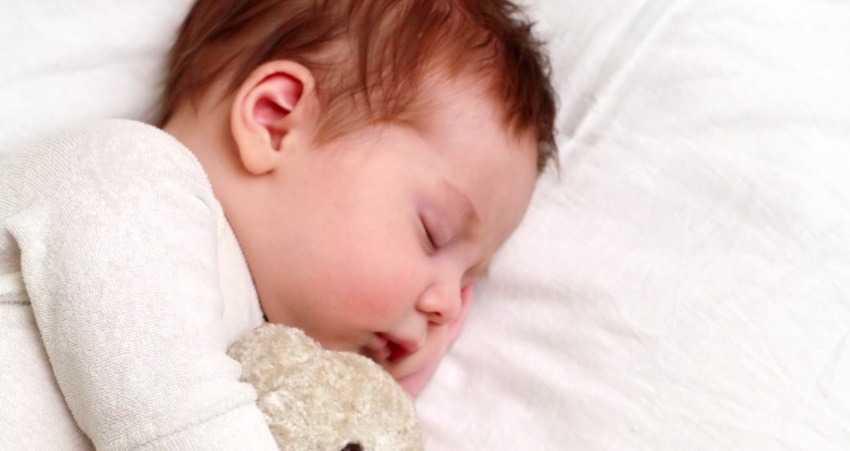 Mom’s Question:
My baby shakes after waking up – uncontrollably! It’s not an all-the-time thing.

It started happening when she was about 7 months old, my husband and I noticed it. Then for a while, she was doing it throughout the day. My friend and I were having lunch and she stopped what she was doing and looked at my daughter weirdly and said, “What is she doing?” I said that I didn’t know.

This usually happens after she wakes up from either a nap or when she wakes up in the morning. My friend made a comment that her son used to do that same kind of shake. She said that she was told it was from them being so sleepy and maybe going potty in their diapers and it kind of shocks them. My baby just woke up from her nap about 20 minutes ago and it happened again. The periods are getting longer and she just shakes… kind of like an adult shakes when we get cold.

I just would like to know if it’s something I should inform the doctor next time she goes, or if it’s just her way of waking up? This is my first child so I’m still learning a lot. Any info I can get I’d greatly appreciate!

I understand that you are worried and of course anything that seems odd with a baby’s behavior is good to discuss during health check-ups.

Let’s tackle possible reasons why a baby’s body may shake after waking up.

1. Normal vs Abnormal Shaking When Waking Up

First, let us differentiate what is normal from what is not. Babies or kids in general, do shiver when feeling cold, or upon waking up. Sometimes, it is a form of stimulation to wake up; other times, they just feel cold.This is completely normal.

When a baby shakes after waking up and the shaking is associated with other extraordinary signs like head bobbing, altered conscious states, fever, arching of the back, upward rolling of eyeballs, repetitive jerky movements, then it becomes abnormal and requires immediate medical attention.

A seizure is a sign that there is a neurologic problem or compromise.

Here are several conditions that may help you understand what your child may (or may not be going through):

This is commonly referred to as benign neonatal sleep myoclonus. This occurs in newborn babies and usually resolve within a year.

Sleep myoclonuso ccurs during early stages of sleep, and involves small muscles like the arms or legs. This may be provoked by a light, sound, or noise. There is flexion of the feet, knees, and legs. However, EEG findings during this occurrence are normal, and so are neurologic examination.

Benign neonatal sleep myoclonus usually resolves on its own, hence the word benign.

If the symptoms occurs during wakeful state, consult your doctor immediately.

This commonly occurs in newborn babies borne to malnourished mothers during pregnancy. Mothers with poor intake of sugar, calcium, magnesium, sodium, and potassium usually give birth to babies who are hypoglycemic and hypocalcemic with jerky movements that can be seen developing within days of birth.

EEG findings are normal; however, lab results may show low levels of sugar, calcium, sodium, magnesium, and potassium. Correction of this imbalance and anticonvulsant medications are enough to resolve this condition.

Mothers are also tested for conditions that may cause electrolyte imbalance. One of the tests include thyroid function tests, as thyroid hormones affect calcium levels in your body.

This is a series of seizures that lasts in 5 to 10 seconds. The interval between the series of episodes is short, and usually include stiffening of the body, arching of the back, with the neck, arms, and legs bending forward. This commonly occurs when the baby wakes up. There is also a loss of interaction and previously learned/exhibited developmental milestones.

If this occurs, bring your baby to the emergency room immediately. Diagnosis can be made with EEG (which shows a specific pattern when an episode occurs). Causes of infantile spasms may be difficult to pin point.

Management for this condition includes anticonvulsants and ACTH. However, your child may still have neurodevelopmental issues even if the seizures will stop. Consult your pediatric neurodevelopmental specialists for treatment options.

Febrile seizures are triggered during high febrile episodes, hence the name. This usually happens at 3-6 months to 5 years of age. Most commonly, febrile seizures are hereditary. There can be a full body convulsion (simple) or localized jerky movements (complex), lasting for 10 to 15 minutes. Resolution of fever and the focus of fever (which is usually an infection), also resolves seizures.

There is no neurological deficit associated with febrile seizures.

There are normal reflexes that are present during newborn stage. These include: startle reflex or Moro reflex, sucking reflex, step reflex, grasp reflex, among others. Most of these reflexes disappear as the nervous system develops and matures.

An infantile reflex that does not disappear at a given age can indicate neurological damage and requires consultation with a neurologist.

Viral encephalitis or bacterial meningitis causes inflammation of brain tissue and ultimately causes seizures. The seizures can be generalized or localized. This is usually associated with fever, altered mental state, symptoms associated with infection (e.g., flu symptoms like cough and colds that is untreated).

Antivirals or antibiotics are usually given to treat this condition. Examination of the spinal fluid is essential in diagnosis and treatment of brain infections. Patients are also given anticonvulsant medications.

8. Anatomical abnormalities in the brain

Epilepsy is a brain condition that causes seizures. It is a fairly common disorder in both children and adult. There are 2 types of seizures: the focal or localized seizure and the generalized seizure. The seizures occur because of an abnormal electrical activity in the brain. Focal seizures occur in a certain part of the brain and usually manifests symptoms which are associated with that part of the brain.

A baby or child may have an aura or feeling of impending doom before a seizure occurs. They may have visual changes or hearing abnormalities. Focal seizures may be simple or complex. There can be lip smacking, gagging, screaming, crying, loss of consciousness.

Generalized seizures usually include both sides of the brain. They child may be caught staring into space, with an altered level of consciousness for a brief second. There may be blinking or face twitching. This is the absence or petit mal seizure. Loss of muscle tone or tonic-clonic muscle movements can also occur for other types of generalized seizures.

The characteristics of seizures in epilepsy include the following:

Any one of these signs and symptoms warrant medical attention as soon as possible. Your doctor will investigate the cause of seizures at the onset.

What to Do Next

Try to catch the shaking on film and pay a visit to a pediatrician. Also take notes on when the shaking happens, frequency of the shaking, and possible triggers.

If your baby has normal reflexes, gains weight and is at par with her developmental milestones for her age, does not have any signs of infections, and does not exhibit any of the signs and symptoms described here, the chances of her having seizures is low.

I wish you good luck! Please post back and tell us how things go.

Does your baby shake after waking up? Share below and read lots of testimonials from parents in your situation.