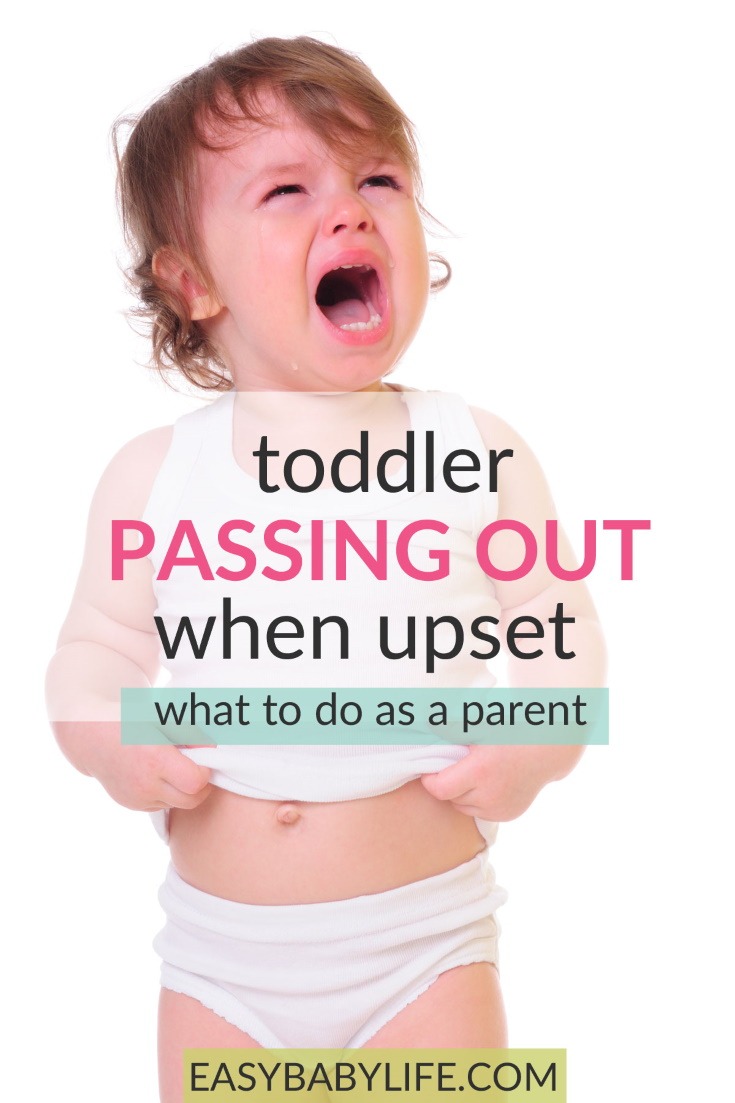 Anyone heard of a toddler passing out when upset..? Mine does!

My daughter (20-months) for the first time 6 days ago cried to the point where she started to faint. She was knocked over backwards and cried so hard she couldn’t expel her breath so she started to pass out.

I tried to stimulate her by yelling her name and gently shaking her but she was still going in and out. My husband then grabbed her and did the same. She was fine after a short while but I reacted so badly (I thought she was dying on me) that she was the one consoling me after.

I’m positive my reaction affected her because two days later she did it again. This time, however, she was getting dressed and getting upset (she insists on dressing herself because her older brother does) so I came in and told her we’re changing her diaper but she got upset and started crying and blacking out again.

I’ve read a few people’s comments on this which do make me feel better, however, are these two situations the same thing? She didn’t fall the second time and she’s definitely not doing it to get a response from me.

So did I cause her to do it again?

I probably sound crazy but I am still so worried it’ll happen again and she won’t breathe in/out after. We’ve been to the ER and they said it isn’t uncommon but to watch her over the next little while.

Toddler Passing Out – Why & What to Do

Can Parent Reactions Trigger a Toddler Passing Out?

I can understand your reasoning;

“She fell and passed out the first time and due to my reaction, I triggered something that made it come back 2 days later“.

I don’t think it is true, though. Toddlers of a certain age do get these kinds of breath-holding spells. They usually disappear before the child is 5 years old.

My guess is that they just started for the first time that day when she fell and then they came again two days later. No connection with how you behaved. (Who wouldn’t freak out in that situation!).

How To Act As A Parent to Prevent it

What you can do going forward is to try to distract your daughter before she gets so very upset. That way you can stop the spells from occurring (as often). This is, of course, easier said than done with an angry toddler, but experiment with distraction, confirming her feelings et cetera until you find a way that works for her.

And then, of course, trying to stay calm and not become too angry yourself can also make a big difference.

Our youngest son didn’t pass out, but close. When he was 3 years old he had a few months with absolutely terrible tantrums that could go on for over 1 hour.

It took a long time before I learned how to help him calm down despite trying different strategies and I went all over the Internet, reading horror stories about all things that could be wrong with him since he had such bad tantrums.

Then the tantrums stopped. Just like that when he was 3.5 years. (Or well, after me attending a great parenting class, to be honest! :-D)

YOu can find some tips on how NOT to lose temper with your toddler here.

Now he is the happiest kid on the block. In addition to simply getting through this development stage, I think one thing that helped him was when we finally learned to stay calm and just acknowledge his feelings, rather than trying to stop him, yell at him et cetera.

When we remained calm and loving, we signaled that he was OK, and everything would soon be fine. That helped him learn to calm down too.

An extremely helpful online parenting class that you can check out, is this one. It teaches the same kind of tools and techniques that I learned (in a course too) to deal with my little son’s tantrums. They also hold regular, free webinars, if you don’t want to spend any money.

Your daughter is so young, so she really has a long way before she can control her emotions at all. If you can stay calm, she will be helped.

What to do during a breath-holding spell

Another thing. It is very possible that your toddler will pass out again, no matter how good you get at distracting her, staying calm, validating her feelings, etc.

If your daughter does have a breath-holding spell, please remember that it is not dangerous for her.

You should stay calm and breathe slowly. Check that she has nothing in her mouth that could be a choking hazard.

When to Call the Doctor

I think you did the right thing to get your daughter to a doctor. Since the ER staff doesn’t seem worried, it is likely that they agree with the thought that her passing out are breath-holding spells.

If you are worried, take her back to be sure this is a probable diagnosis. Some 5% of all children between 8 and 48 months get them. (Source)

Also, several studies have found a link between iron deficiency and breath-holding spells, so do have a doctor test your toddler for that.

I’ll include links to similar questions below. I hope all this will provide you with some help.

4 Year Old Passes Out When Upset

Signs of Autism in Babies and Toddlers, Diagnosis, Treatment, Coping

5 Powerful Parental Habits for Happy Kids with Self Worth!