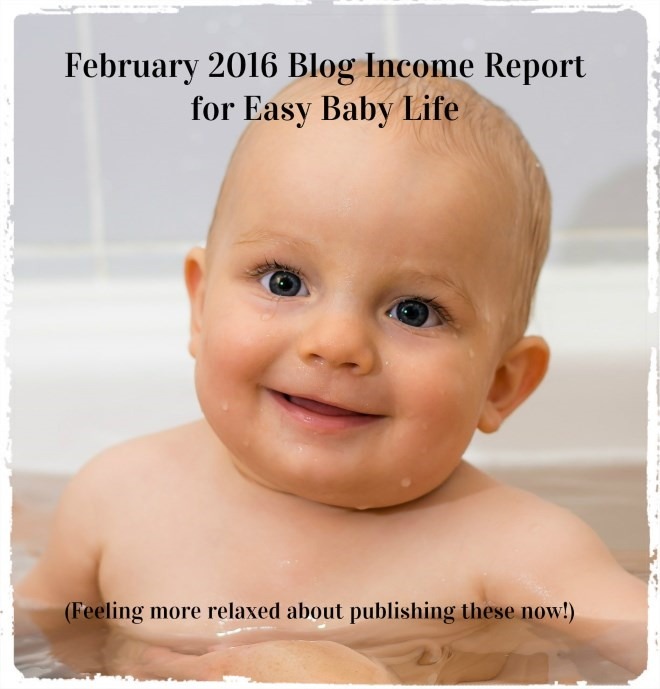 PinThe February 2016 blog income report is my second ever post on blog income earnings. I’ve been blogging for 10 years but never about blogging and definitely not ever revealing anything about what I earn from it. I do earn something – but not very much for the traffic the site generates, which I realized last month when starting to go through my earnings more carefully and also calculating my RPM (revenue per 1000 page views). You can read about why I publish income reports and what I earned in January 2016 here.

February 2016 has been a hectic month. I’ve searched high and low for quality ad networks to join, I’ve joined a few, mostly gotten disappointed with earnings, dashboards, and malware. So no big breakthrough there.

I’ve also had my website hacked. Quite traumatic. It has only every happened once before, and that time my web host, Hostgator, scanned and cleaned my website for free. A great service! This time, they just told me that they had discontinued that service. Well, thanks a lot! I was quite desperate and almost paid $300 to a company saying they could help, but with no guarantees. But then I found Sucuri; a company specializing in malware scanning, removal and also firewall protection. They were extremely helpful. A paid service, but worth every single cent! So now my expenses have increased a bit – from super cheap to cheap, I guess! :-)

As I stated last month, my goal is to increase earnings and revenue sources, increase RPM (revenue per page view) and also increase social networking and traffic. I wrote last month that I felt quite awkward about publishing these reports, but I think it is a great way for me to stay focused on actually earning something from all the hours I put into blogging. And I also hoop it will help other bloggers, of course.

This is down compared to last month by almost 7%. Slightly lower earnings and a bit higher costs.

Now, February was, of course, a shorter month and, in addition, my site was down for a day or two due to the hacker issue. Let’s have a look at traffic numbers and finally RPM for the month.

Here are some screenshots from Google Analytics to show my traffic for February 2016.

Page views were down almost 70,000 compared to January for mainly two reasons;

Apart from the hacked days, my traffic is more or less unchanged from January. Social networks traffic is still minor, but, on the other hand, I’ve done nothing yet to change that!

January RPM was $1.96, so actually an improvement! (Still way too low, though!)

Better luck (and work!) next month!