The birth of my baby was traumatic. Her umbilical cord broke during delivery and we could have lost her. Here’s my birth story. 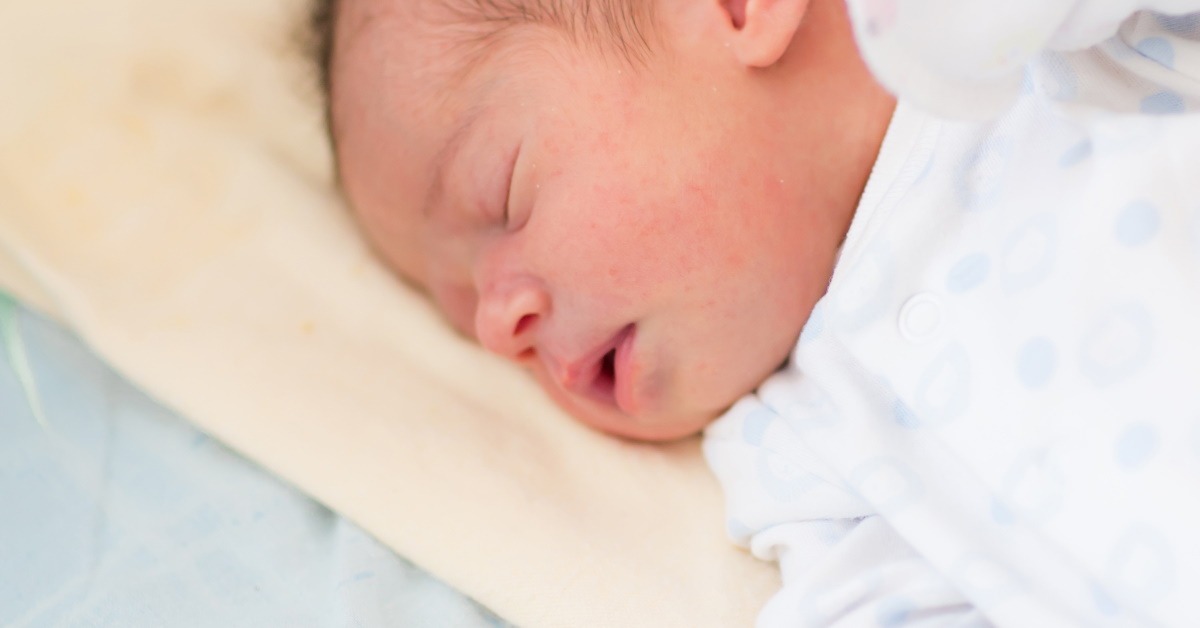 Overdue and Induced Over and Over Again…

My daughter was ten days late. In the morning they started my induction.

I had an extremely easy pregnancy until the last two weeks of the second trimester when I started getting very painful Braxton-Hicks contractions. These came every night, for two to three hours, and I frequently had to breathe through them. No labor, though, and no dilation.

Well, my first induction did nothing except induce more false labor. They tried again the following day with the same results.

On the third day, after a doctor took a bit more time to inspect what she was doing, she discovered that my cervix was actually pushed off to the side. Even though my baby had dropped and was head-down, my cervix was out of the way enough that there was no pressure on it to dilate.

Knowing this, they were finally able to get the induction pill up against the cervix. I got plenty more contractions but STILL no dilation. Just a little thinning. We had to go home.

Then Back to the Hospital Again…

My in-laws were visiting, so we went out to eat that night after heading home from the hospital with strong, extremely painful contractions. I went home and took a warm bath to try to relieve the contractions, and when they didn’t go away we headed right back to the hospital.

By the time we got there, my contractions were only about two minutes apart. And yet I still had not dilated at all!

They decided to give me morphine to help me sleep and relax enough that my cervix would dilate. (Their theory seemed to be that I wasn’t dilating because I was tense, which baffled me.)

I asked them not to give me morphine because it always makes me throw up, even through an IV. They ignored me and–surprise–I threw up. The nurses tried to tell me that I was sick because I wasn’t breathing right, which still irritates me.

Next time, I am going to make sure they listen to me because I know my body.

At any rate, they came in quite a while later to give me an epidural, also to help me relax. I finally started dilating around three in the morning. About half an hour later, my water broke.

I fell asleep for a while and when I woke up a little before six the doctor told me the baby’s head was getting close to the end of the birth canal. He left to tend another delivery.

Soon after that, I started feeling the need to push. I told the nurse in the room and she said to go ahead and push. The head nurse was also in the room at that time, and while I was pushing she called the doctor.

I pushed a second time, and the nurse called the doctor again, saying he really needed to get in there. At the third push, my baby girl came out.

This was when things got scary. She had the cord wrapped around her neck and as she exited the birth canal the umbilical cord broke during delivery and she was losing blood very quickly.

They threw her onto my belly while they clamped and cut the cord below the tear. My baby was gray and wasn’t breathing. Her Apgar was one because she had a heartbeat. They called in a crisis team and whisked her away.

At this point I still didn’t know what was going on and my husband, who could see more than I, could only reassure me that they were helping our daughter.

I was so relieved when I finally heard her cry from the other side of the room. Shortly after that, they brought her to me to hold for a moment before they took her up to the NICU. It was likely that she would need a transfusion.

As it turned out, her blood count was normal and she didn’t need any special care because of the torn cord. Just a couple of hours later, we got to have her in our room for the rest of the hospital stay, and she came home with us two days later.

Today, she is a normal, happy toddler.

While it is scary to think how easily we could have lost her when her umbilical cord broke during delivery, if not for the combined efforts of many hospital staff, we are mostly just grateful to the two nurses who took care of her in that emergency.

Has anyone else experienced that the baby’s umbilical cord broke during delivery? Or do you have any other comments? Please share below!

My Acute C-Section Birth Story – With a Sick Husband!