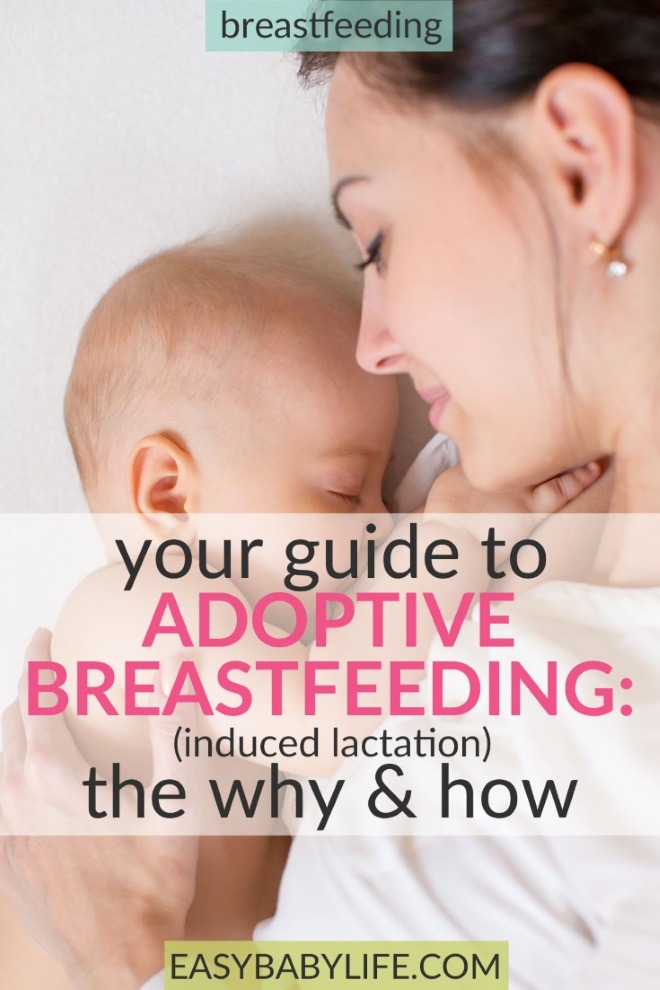 Adoptive breastfeeding refers to the practice of an adoptive mother nursing a child who she is parenting due to adoption. To make it possible, something called induced lactation is used.
Contrary to what many people believe, it is not necessary to have been pregnant in order to breastfeed.

The practice of breastfeeding an adopted baby is gaining steam and is becoming more known in the western world. Actually, it wasn’t until 2005 that the American Academy of Pediatrics started recommending that pediatricians should “counsel adoptive mothers on the benefits of induced lactation through hormonal therapy or mechanical stimulation”.

On the other hand, in many traditional cultures this has been a common and uncontroversial procedure for a long time, providing many benefits both for the baby and mom.

What Is Adoptive Breastfeeding? 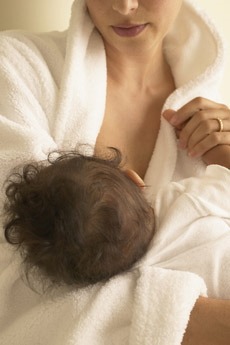 nduced lactation is the act of using means such as pumps, herbs, medicines, and nursing to encourage the hormones and the production of the adoptive mother’s natural milk.

As you know, pregnancy is what normally triggers the production of breast milk, so it takes a bit of effort and help to get milk production going in other ways. This is why it is called induced lactation.

Again, women do this so that they can create a biological means of nursing their adoptive babies.

Why Breastfeed An Adopted Baby?

There are many good reasons for adoptive mothers to breastfeed their baby.

To start with, there is a long list of health-related benefits of breastfeeding, which you can read about here. And many of these benefits continue to be valid even if the baby is a few months old when the breastfeeding starts.

In addition, breastfeeding might facilitate the bonding process between the mom and adopted the baby. An important point is that many adopted children have experiences prior to the adoption that leave them emotionally vulnerable. Studies have then shown that breastfeeding has helped these children heal.

For some mothers, it may also be positive to not lose the breastfeeding experience (in addition to pregnancy and birth).

How To Induce Lactation

However, this isn’t of much help for women who want to induce milk production before the baby arrives. In such case, using a milk pump to induce lactation is an effective method. The recommendation is to pump six times a day for at least 10 minutes on each breast, using a high-quality, electrical hospital grade breast pump, like this one (Amazon).

Cheaper, light-weight pumps will not be effective enough. If you don’t want to buy such an expensive pump, consider renting one. (If you are confused over the many different types of breast pumps, you can read about them here.)

It is also possible to use a variety of hormones, such as Oxytocin, Prolactin, Estrogen, and Progesterone. All of these hormones also come with risk and must be monitored carefully. The use of hormones to induce lactation is not uncontroversial.

Yet another option is to use special drugs that increase supply (metoclopramide) Domperidone, although this is also debated. It is not necessary for you to use in order to breastfeed an adopted baby, but it will help you develop a more abundant milk supply faster. However, no drug is 100% safe, so don’t use it without consulting a lactation clinic first.

In addition, breast massage and nipple stimulation might help, as well as eating healthy and drinking a lot of water.

Either way, the best you can do is to contact a specialized lactation clinic to start getting your milk supply ready as soon as your baby is in sight.

How To Teach A Baby To Latch?

Even a newborn baby that has never been bottle-fed, need time to learn how to latch properly. A baby used to bottle feeding, may have even more problems, because the suckling techniques are completely different. But, babies are fantastic at learning!

You need patience, but most likely, your baby will learn how to latch. In general, it is easier to teach a baby younger than 4 months old to latch, but it is entirely possible with older too.

While trying to teach your baby to latch, a few tips might come handy:

We have gathered a few video clips showing babies that latch more and less efficiently to give you a clue of what it should look and sound like. You can watch the baby latch on videos here.

Adoptive breastfeeding is wonderful, but no doubt can take a lot of time, effort and commitment. If you want to learn more, here are a few good resources to dig through:

Breast Milk Donation and Breast Milk Banks: Why, How, Risks, and Benefits

Are Hair Treatments Safe for Pregnancy and Breastfeeding? (What Research Says!)

How To Choose Breast Pump For YOUR Situation, 4 Helpful Tips