Skip to content
If you buy something through a link on this site, I may receive a small commission at no cost to you. Thanks for the support! (Disclosure policy). 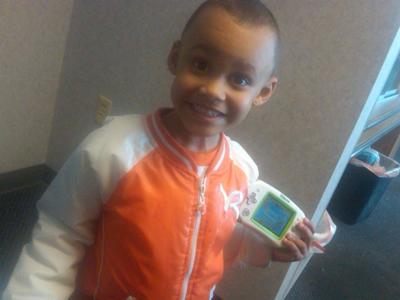 My son is 4 years old, when he gets hurt or angry he starts to cry but nothing comes out, his eyes roll in the back of his head and he starts to have seizures, then passes out.

I have talked to doctors but never had tests done. The seizures started when he was 2 years old after his father was murdered. It’s been about 6 times in 2 years.

What can I do for my son because I don’t want to be away from him if it continues to happen? Thank you

I am so sorry to hear about the traumatic event in your family. Surely it affects both of you a lot and I hope you have help around you to help you heal.

From what you describe, it sounds as if your son has something called breath-holding spells. They are actually more common than one would think and affect around 1-5% of all toddlers.

A breath-holding spell is not a seizure; it is a transient period in which young children stop breathing after crying, generally because of anger or pain. Breath-holding spells often start at around the age of 2 and disappear at around 5 or 6 years old. And most important, despite being very frightening for the people seeing the event, they are not dangerous for the child.

There are a few things you can do about the situation. First of all, talk again to a pediatrician, to make sure what is happening really is breath-holding spells. Sometimes they can be confused with other illnesses, such as epilepsy. They are different, though, and a doctor can tell them apart.

Try to document all symptoms before, during, and after the event to discuss with the doctor. Your doctor will perform some tests such as blood tests (to check iron deficiency), EKG (to check the heart), and EEG (to check for seizures) to rule out other health problems.

Epilepsy is a lot less common than breath-holding spells and seizures do not typically occur when a child is upset.

A characteristic sequence of stimulus (such as getting hurt), a cry, pause, facial color change, limp unresponsiveness, and then jerking marks it as a breath-holding spell, not epilepsy.

The best way to distinguish epilepsy from breath-holding is to search for a trigger: epilepsy rarely has one and breath-holding almost always does – like in your son’s case.

When all that is done, make sure you know enough about this situation to be able to teach other people that may be around when it happens. I understand that you don’t want to be away from your son when it happens. But that isn’t always possible, for example, if you have to go to work. If you can tell his babysitter, teacher et cetera, what is going on and how to deal with it, then you don’t have to be so worried.

For example, one might try to calm him down before he gets too frustrated. At 4 years old, you can try distracting him, it may still work. Also, make him feel as safe and secure as possible, without limiting his urge to explore the world.

Breath-holding spells do not need treatment unless they are produced by other medical conditions. When the spells occur, he should simply be put on his side in a safe place. No shaking, no water in his face, nothing in his mouth, as some people believe. You can put a cold towel on the forehead of your son to help shorten the episode. Just keep him safe and keep calm. Also don’t make much fuss about it afterward.

Remember that if it really is a breath-holding spell, it is an involuntary reflex that isn’t dangerous and that he will grow out of. However, you should contact your doctor if breath-holding spells occur more often than usual or if your son stops breathing for more than a minute or has trouble breathing.

More On Children Passing Out

My Baby’s Arm is Shaking! – A Neuro Problem, Spasm or Normal?

Very Sweaty Baby Feet – Normal Or Hyperhidrosis? What to Do?