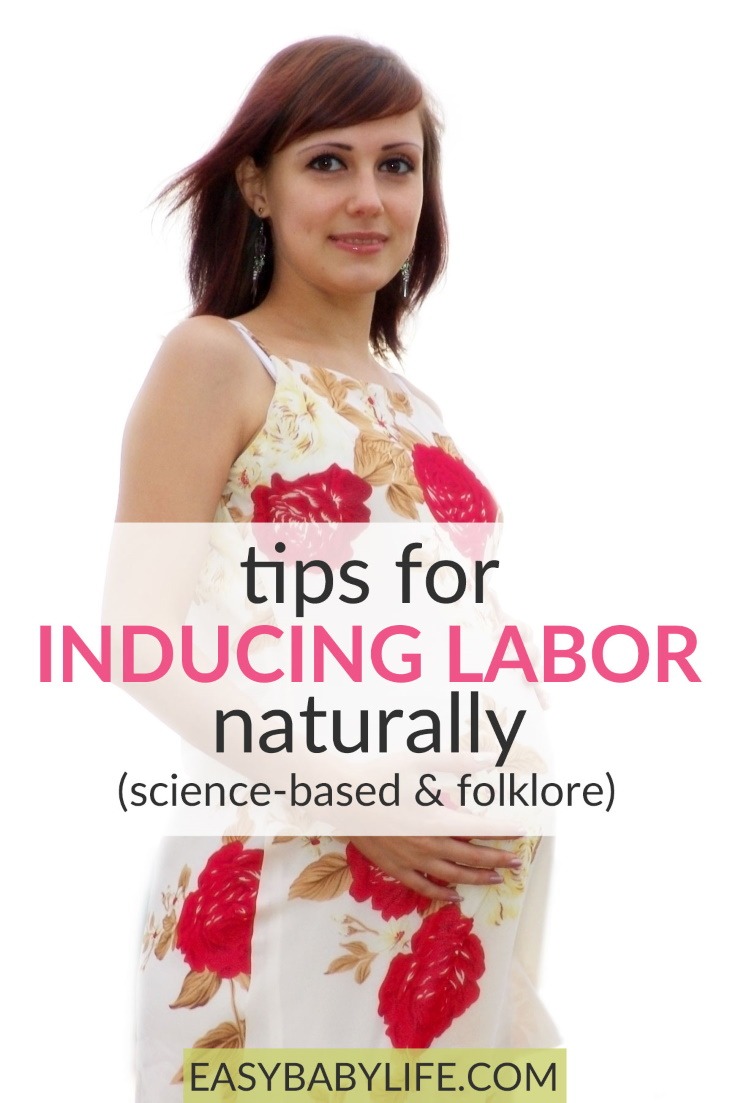 Waiting for labor to start can be a real pain. Trying to interpret every possible sign of labor starting and just being heavy and impatient.

Is it driving you insane? Well, you’re not alone.
But if your baby and your body are ready (you need to consult your OB-Gyn about that), there are actually ways to naturally self induce your labor. No satisfaction guaranteed, but a lot of women have found one or several of these methods effective (myself included).

And for those of you overdue, and “at risk” for medically induced labor within a few days, trying a few natural ways to get labor started is definitely a good way to spend the time instead of just waiting.
Get immediate expert help with your pregnancy questions through JustAnswer Pregnancy:

Start a chat with an OBGyn/Pregnancy Expert Now

Walking is one of the most common methods to induce labor. It is often also encouraged after labor has started to help the body relax during the contractions. Many pregnant women (but of course not all) can still go for shorter walks late in pregnancy.

While not really supported by many studies, the theory is that walking may help gravity to pull down the baby near the birth canal. But it has to be in a relaxed and steady pace only. You can also try other non-impact exercises like swimming, stretching, pilates or even walking up and down the stairs. Just don’t overdo it. You need some energy (or well, a lot…) for giving birth.

Nipple stimulation for inducing labor naturally is also recommended. This is done to let the body produce oxytocin, a hormone that causes the contraction of the uterus. The procedure is to stimulate every 15 to 30 minutes for several hours.

Studies have shown significant benefits from nipple stimulation in women whose cervix had already started to soften, thin, and open ready for labor. One study showed that 37% of women who had tried nipple stimulation, went into labor within 72 hours as compared to just 6% of those who had not. Sounds quite powerful!

However, it is only recommended for normal pregnancies, not for high-risk ones, since there are no studies on effects in high-risk pregnancies.

While on the topic of stimulation, you can also try acupressure and body massage. The American Chronicle cited that this is already scientifically proven to help labor. This is done by applying pressure to sensitive parts of the body, thus resulting in stimulating contractions.

To learn how to use acupressure for inducing labor, watch this instructive video:

Labor Induction Acupressure Points on the Upper Back and Hand

Being said that stimulating sensitive parts of the body will help, you can consider this the best-ever to method for inducing labor naturally – making love!

This is said by parents to help – a lot! (But still not much scientific evidence…)

During the process of having sex, oxytocin is released and this can help you contract your uterus. The orgasm may help to activate the uterus. And finally, there are prostaglandins found in the sperm, this will soften the cervix readying it for the labor ahead.

Remember that making love during pregnancy is allowed as long as it is still comfortable (well, to some degree..) to you and of course, your water has not broken yet, you are not bleeding and your midwife or OBGyn have not instructed you to avoid sex for any reason (such as a low-lying placenta).

Let us now talk about the yummy part, the food that has been said to help out in inducing labor naturally.

Are there actually foods that can induce labor?

Well, there have been rumors that for example Skipolini’s Pizza in California and Scalini Restaurant in Georgia actually served foods that helped their overdue women go into labor. Don’t book a trip, though! In addition to mere coincidence, it has been found out that their common herb ingredients, basil, and oregano might actually have played a minor role. Basil and oregano are said to stimulate labor contractions. (Read more about herbs below.)

There are also other foods and fruits that some women believe can help inducing labor naturally, other than pizzas, like spicy foods – the hotter the better and tropical fruits like pineapple, mango, and papaya. Some women claim that this helped them, but nothing has been verified by scientific studies.

In addition to basil and oregano, other herbs are also said to do the same thing as Blue or Black Cohosh, Goldenseal, Squaw vine, Red Raspberry Leaf, Crampbark, False Unicorn Root, Motherwort, and Evening Primrose Oil. There are however not many scientific findings to back up the efficacy of the use of these herbs.

Castor oil is actually an old Egyptian method to induce labor. And it seems to work, although with side effects.

A study of 100 women indicated that 57.7% went into labor after taking a single dose of 60ml of castor oil, as opposed to while 4.2% of those who didn’t. The drawback though, all the women who took castor oil because nauseous.

If you want to try this, make sure you discuss it with your midwife first!

Dr. Jonathan Schaffir, a clinical assistant professor of OB-Gyn at Ohio State University, conducted a study on labor-inducing folklore. He surveyed more than 100 pregnant women, asking them the 10 most common myths about inducing labor, and the results are: walking, making love, strenuous exercise, use of castor oil, nipple stimulation, eating spicy foods, fright, starvation, having an enema and drinking herbal tea.

I just cannot imagine how fright, starvation, and having an enema would help. What about you, will you try one of these?

So, as you can see, there are a few scientifically proven ways for inducing labor naturally. Nipple stimulation, lovemaking, and acupressure are your best bets – and they do seem to work in many cases! Good luck!

If you’ve tried or want to try inducing labor naturally, what method would you use? Share by leaving a comment!

Medically Induced Labor Risks & Benefits – When, Why, How?

Guide to Prenatal Classes Online – Baby Prep On Your Couch (Well, And Floor)