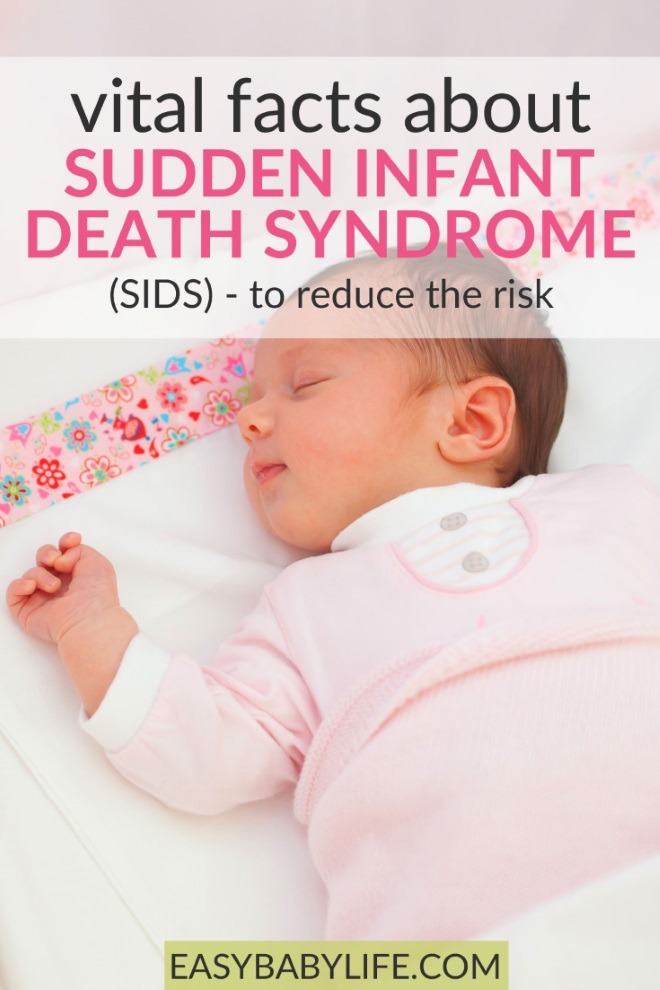 Sudden Infant Death Syndrome of SIDS – sometimes called cot death – is when a baby, usually under the age of 6 months stops breathing for no apparent reason. The baby is not known to be ill and the tragedy is huge.

Research can still not explain why a baby stops breathing and dies like this, but there are several observations on variations between countries, gender, seasons, age, and more that may help you protect your child.

If your baby is at risk for SIDS using these metrics, there are several precautionary steps to take. Read the article below and watch the video at the bottom of the article to learn about the risk factors, and what protective measures you can take. Below the videos, you’ll find the link to more information on how to create a safe sleeping environment for your baby.

It feels good to end this page on a positive note. I think it’s wonderful that something as simple as having your baby sleep on his back can make such a big difference for the risk of SIDS. Also, many doctors believe that the relatively new recommendation of
using a pacifier is likely to lower the risk quite a lot further.

Remember this to reduce the risk of Sudden Infant Death Syndrome :

If you are truly worried about Sudden Infant Death Syndrome, there are very advanced baby monitors available. One of the best is Owlet’s baby monitor, with surveillance of a baby’s breathing and heart rate. (Opens in new window). It is very expensive, though, so you might want to check out other options too.

For more help on how to protect your baby from SIDS, read this article on how to provide a safe sleeping environment for your baby.

And if you are worried that your baby will, for example, get a flat head from all the back-sleeping – read this article about flat heads, choking and other back-sleeping worries.

Here are some research articles, providing more information on SIDS: