The middle child syndrome is the notion that those who are born between siblings can be omitted, overlooked, and even totally forgotten because of their birth order.

In this article, we will explore some of the personality traits, signs, and symptoms associated with being the middle child and provide some helpful advice for parents. 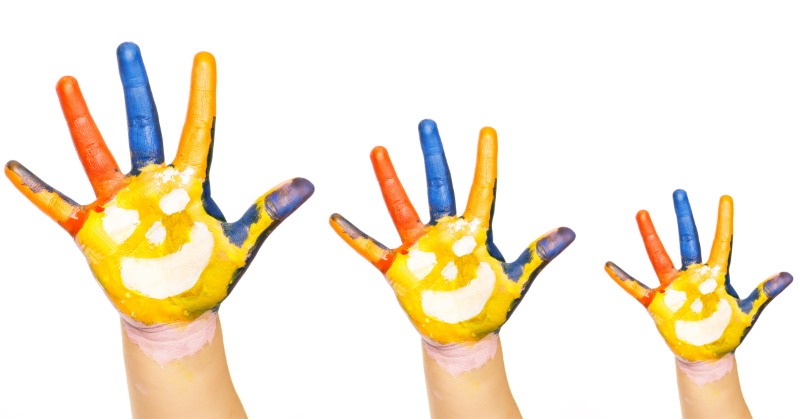 Middle Child Syndrome, Birth Order Psychology & How to Parent for Every Sibling

Birth Order and the Impact on Personality

First coined by Alfred Adler in 1964, birth order was an attempt to understand how family affects youth outcomes by considering the order of when a child enters a family.

According to Adler (1964), ‘The formation of personality is a dynamic process and children’s birth order does have a way to influence this process’.

Here’s how birth order affects the children according to this theory:

The Personality of the Firstborn

In most cases, the firstborn is the recipient of the parents’ undivided affection, care, and attention; while at the same time, it is often assumed that any child younger than them would set a successful example.

While these firstborn children are going to be calm, mature, and capable of handling a lot of things, they also tend to handle the burden of being flawless. In some cases, missing out on the undivided attention of their parents may also make them bear contempt for their younger siblings.

The firstborn is often thought to share these characteristics:

The middle child is neither the youngest (baby of the family), nor the oldest (responsible one), and is squeezed right in between. As compared to their siblings, they appear to receive the least amount of attention. This, in turn, makes them want more attention and may lead to them feeling left out and unloved if they do not receive it.

As infants, this makes them more independent. They also learn to behave as a pacifier and become an excellent listener.

The middle child is often thought to share these characteristic:

The last born (baby of the house), is often more self-assured. Having older siblings to learn from and look up to, they often to be quick learners.

While being born between siblings does not automatically mean you suffer from an illness of sorts as the word syndrome may suggest, but rather, research does support the notion of commonalities in birth order and traits that go along with that.

Looking at the traits as described above, it hard to see any particular issues with being the middle child. Being even-tempered, creative, independent, and so on, doesn’t sound like something to build a “syndrome” around, right? But it is a bit more complicated than that.

Let’s dig deeper into the symptoms of Middle Child Syndrome.

Here are some of the more challenging symptoms of middle children that research has identified:

1. Low Self-esteem – Some middle-born children can feel excluded, unloved, and even discriminated against by their parents due to the lack of attention given to them.

3. Feels unworthy and frustrated – Middle children can feel unworthy and/or frustrated easily. Not feeling as though they are securely attached to their parents affects their behavior in different ways. They do not understand that it is not their fault and ultimately end up blaming themselves.

4. Attention-seeking and Risk-taking behavior – All children crave attention from their caregivers. Children with middle child syndrome often fight for this basic need by engaging in riskier behavior to have their need for attention needs fulfilled.

For example, a middle child may revert to toddler-like behaviors such as throwing themselves on the ground kicking and screaming, or they may engage in behaviors they know are not right such as drawing on walls with a marker.

“It is a common fallacy to imagine that children of the same family are formed in the same environment. Of course, there is much which is the same for all in the same home, but the psychic situation of each child is individual and differs from that of others, because of the order of their succession” (Adler, 1964, p. 96).

Positive Attributes of a Middle Child

Despite the difficulties and problems discussed, a middle child also holds some invaluable strengths and skills.

• Versatility – Being in the middle and always needing to adapt to circumstances and shifts, they become incredibly versatile and adaptable. Parents should learn to understand and appreciate these positive qualities and strive to bring out the best in their children.

• Superb negotiators – As an infant or even as adults, the middle child does not always get to have a say in between two siblings. Although this makes them good at negotiating, due to their listening skills, they often pick up on some information, which they can put to good use when the need arises to negotiate an agreement.

• Risk Taker (The good kind) – Often, because of the recognition that they do not get (thanks to the successes of her siblings or the antics that overshadow them), the middle child tends to be able to get away with certain things. This means they will get a chance to be able to explore new spaces and areas that their other siblings might shy away from.

• All should be fair and just in the world – The middle child often knows just how it feels when one is handled unfairly. Having seen both sides of the coin from a young age, they are able to evoke this knowledge and apply what is fair and justice in their future dealings with people and circumstances.

Advice for Parents of a Middle Child

Parenting any child should, of course, be adapted to the needs of this unique individual. No matter the birth order.

But some things to keep in mind that can be especially helpful for middle children are the following:

Middle children often feel that they are being compared to their older and younger siblings.

Spending a few moments each day with your middle child, (even with any of your children) can make a world of difference. It can be any time of the day or evening and it can be done with any activity.

For example, when tucking them into bed, take a moment to lay with them and ask them how their day had been and most importantly, listen to what they say. You may be surprised by what your middle one has to say.

Their own *New* stuff

Remember when your firstborn would run up to you showing you their macaroni art and how you may have reacted? You most likely would have shown some level of excitement and approval of their creation.

Middle children desire and deserve the same level of excitement and approval from you. So next time your middle child comes to you with their macaroni creation or anything that they have done – Praise them. They are coming to show you what they have done because they want and crave your approval.

Is your firstborn an Astronaut in the making? And does your youngest have a flair for cooking destined to be a great chef? While your middle child seems to enjoy neither of these things.

While it may seem nice for the middle-born to simply follow suit with their siblings, it is also a potential breeding ground for the feeling of resentment and inferiority.

Be sure to celebrate the differences between siblings and encourage your middle child to find his niche or support the one he already has.

Middle child syndrome is not an actual condition but rather, a term coined to describe the commonalities that exist with the birth order of each child.

Research has shown that the middle child is more likely to be ignored or neglected by their parents, which can impact negatively on them lasting while into adulthood. (Research is not clear-cut on this – a relatively new study indicated that birth order at least does not affect our risk-taking as adults. But I’d still say that the bulk of all research certainly indicates that birth order affects us long term. (Find some references below.)

Ultimately, a child’s personality is defined by more than simply birth order. An array of factors including but not limited to, social, familial, financial influences can all have an impact on the development of one’s character.

To parent your middle child, remember to give him or her your undivided attention and appreciation for their person and their achievements, just like you would with your firstborn and the baby of the house.

For more help with parenting your children with a positive mindset, I recommend Positive Parenting Solutions, an award-winning online course for parents.

And you’ll find all our tips and advice on parenting toddlers here.

What do you think? Does middle child syndrome exist? Does birth order affect personality? How do YOU parent to accommodate these differences?

I’d love to hear your views, so please share your comments below.

Baby Rejects Mom After Going Back to Work: 5 Tips to Help!

Toddler Tantrums: Prevent and Handle Them with Love