Milk protein allergy or lactose intolerance in toddlers and babies – what is the difference?

This is a common question to wonder about as parents to a baby or toddler. Let’s take a look at these two situations as well as other conditions that may mimic lactose intolerance or milk protein allergy. 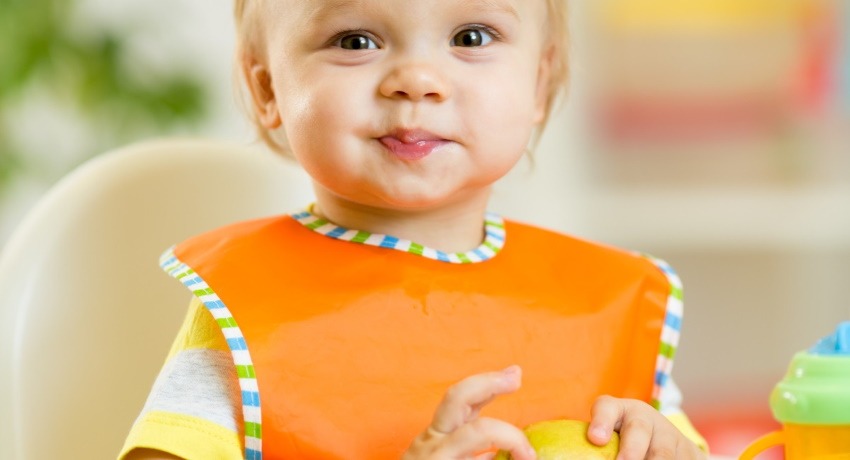 Mom’s Question:
Could you explain the difference between milk protein allergy or lactose intolerance in a toddler?

My daughter is almost 15 months old. She has been off of formula for a few months. I have switched her to 2% milk, and she seemed ok for a while but now she throws up curdled milk every morning (very chunky); sorry for being so graphic!

It smells awful, her stools also smell awful but are very hard, sometimes like little tiny pellets but a lot of them.

Are these signs of milk protein allergy or lactose intolerance in toddlers?

Everything that I have read about milk allergies talks about diarrhea not constipation and lactose intolerant says hives and vomiting etc.

I have noticed her cheeks have been very red lately and she does have thrush.

Should I give her some kind of lactose-free milk? Or stay away completely? If so, what should I give her? She loves her bottle at bedtime and even sleeps with it next to her. She always has some milk, goes to bed and then throws up on the way to daycare in the morning.

Just frustrated and any help would be appreciated!!!

After the first birthday, many parents begin to transition their toddler from either breastfeeding or taking infant formula. Per the recommendations of the American Academy of Pediatrics, most physicians advise giving toddlers whole cow’s milk. The reason is that milk is a good source of calcium, protein, and vitamins A and D.  Whole milk is recommended because the higher fat content is beneficial for brain development.

There are situations, however, where cow’s milk is not well tolerated.  It does sound to me too as if your daughter is not agreeing with the cow’s milk. It is true that diarrhea is a more common symptom of milk protein allergy than constipation, but hard stools are a symptom too.

A child with this type of allergy experiences a reaction to the proteins in cow’s milk (whey, casein).  This condition is seen in two to three percent of children under the age of three. Most allergic reactions occur due to a specific antibody called IgE.  CMPA, however, can result from both IgE and non-IgE related activity.  These conditions are diagnosed based on symptoms, and by ruling out other possible causes.  Blood and skin tests may provide additional information after 12 months of age, but a milk ingestion challenge is the gold standard test.

CMPA can be hereditary, especially when there is a family history of food allergies, eczema, or asthma.

This form of CMPA usually begins in early infancy.  The exposure occurs from cow’s milk in either an infant formula or maternal breastmilk. A classic scenario is a three-week-old who persistently cries, is difficult to console, and who develops streaks of blood mixed in the stools.  This blood is due to the irritation that cow’s milk protein causes in the intestines.

Despite frequent feedings, these infants fail to gain adequate weight. Vomiting may ensue which leads to dehydration.  By three to four months old, the dry, itchy skin patches of eczema develop from the continued milk protein exposure.

Another less common version is food protein-induced enterocolitis (FPIES). This can develop as young as 4 weeks old, or later in life after years of cow’s milk exposure.  In these cases, severe inflammation of the esophagus develops, causing vomiting, diarrhea, and possible esophageal stricture.  Episodes can be associated with lethargy, and appear life-threatening.

This type of reaction to milk protein is rather immediate, within a few minutes of ingestion. Red, raised hives develop on various locations of the body. There may be swelling of the lips, eyelids, or the whole face, along with coughing or difficulty breathing.  Vomiting and diarrhea may also occur.  These symptoms can be potentially life-threatening, and immediate medical attention is necessary.

Unlike CMPA, lactose intolerance refers to the inability to digest the naturally occurring sugar in cow’s milk. Most infants are born with an intestinal enzyme, called lactase, that can break down lactose.

A variety of situations result in low levels of this enzyme. Infants born prior to 34 weeks gestation have insufficient lactase until their intestines mature. During episodes of infectious diarrhea, toddlers can become temporarily lactose intolerant. Full lactase function resumes one to two months after the diarrhea resolves. Children with celiac disease and other conditions associated with intestinal inflammation can experience more chronic lactose intolerance .

Aside from a rare genetic condition seen among infants in Finland and western Russia, normal full-term infants are fully capable of digesting lactose.  True lactose intolerance does not develop until age five.  Once it does, it persists through adulthood.

Symptoms of lactose intolerance become evident 30 minutes to two hours after consuming cow’s milk.  Complaints of a stomach ache or feeling gassy are common. Loose stools or watery diarrhea may occur depending on how much cow’s milk is consumed.

Most cases are diagnosed by recording what food was eaten prior to the onset of symptoms.  A few medical centers have the ability to do a test that is specific for lactose intolerance, called a breath hydrogen test. In severe cases, an endoscopy may be necessary to confirm this diagnosis, and rule out other etiologies of the symptoms.

Is it Lactose Intolerance or Milk Allergy?

This is a good question since the symptoms are often very similar. However, here are some clues to narrow down what is going on:

In young infants, the crying and discomfort of CMPA can mimic infantile colic. The latter, however, is never associated with weight loss or blood in the stools. Colic also self-resolves by three months old.

Bacterial intestinal infections can cause bloody diarrhea in toddlers (i.e. salmonella, E. coli). In such cases, there is often a history of a community outbreak or improper food handling. The diarrhea is associated with fever and body aches, and only lasts a few weeks. Intermittent bleeding and abdominal pain can also be a sign of a bowel obstruction which warrants immediate medical intervention.

Constipation is the most common cause of stomach aches in toddlers when no other symptoms are present. Inconsistent eating habits, and efforts to toilet train contribute to this problem. Hard stools, distention of the belly, and the passage of foul-smelling gas are common. Constipation differs from lactose intolerance and CMPA, however, because the child otherwise appears and behaves normally.

Many infants with non-IgE CMPA outgrow it by their first birthday, but those with the IgE type may not.  For toddlers who remain symptomatic, the best way to prevent an allergic reaction to cow’s milk protein is strict avoidance.

Further exposure only prolongs the symptoms, and increases the risk of more severe reactions.

Instead of cow’s milk, the American Academy of Pediatrics recommends soy milk as a suitable alternative. This is because soy milk is higher in fat than other options.  Some kids with the IgE-type of CMPA, however, are allergic to soy protein as well. If so, other options should be discussed with a doctor. Most of the currently available toddler formulas are cow’s milk-based, and, therefore, inappropriate. New to the market vegan toddler formulas have not been fully reviewed by U.S. health authorities.

For children who are lactose intolerant, lactose-free milk is available.  The lactase enzyme needed to digest this sugar has been added. Strict avoidance of cow’s milk is usually unnecessary, and few symptoms may be noticed when only small amounts are consumed.  Some yogurts and hard cheeses are low in lactose, and may be well tolerated.  A chewable lactase enzyme replacement may be appropriate for older toddlers to take when consuming such foods.

The grocery store shelves of cow’s milk now share space with a variety of milk alternatives.  The American Academy of Pediatrics has not embraced these options as strongly as the general public. Their position is that non-soy plant-based milks are nutritionally inferior to that of soy versions.

Taking a closer look at the products’ ingredients, there is some validity to their opinion.  Yellow split peas are used in the processing of pea milks. Although high in dietary fiber, peas are not a complete source of protein.&n They contain iron and calcium, but lack many essential minerals. Oats are also high in fiber, but its protein is also problematic. Oat milk protein is more difficult to digest due to alterations that occur during the manufacturing process.

In their raw form, nuts are a nutrient-dense food that can be a good source of protein, healthy fats, and some vitamins. Unfortunately, most nut milks are processed in a way that the final product is quite low in protein.  Although fortified with calcium, some versions lack vitamin D supplementation.

Do not give your baby rice milk (read about why here).

If your toddler seems to have difficulty tolerating cow’s milk, the first thing to do is assess the reactions.  If there is immediate vomiting followed by a rash, swelling, and difficulty breathing, you should seek emergent medical care.  Any blood that is noticed in the stools also warrants prompt evaluation.

If the symptoms are less severe but still troubling, a discussion with a doctor can help determine the cause, and plan an appropriate solution.

More On Babies and Toddlers With Milk Problems

Now over to you! Share your experiences of milk protein allergy or lactose intolerance in toddlers or babies!